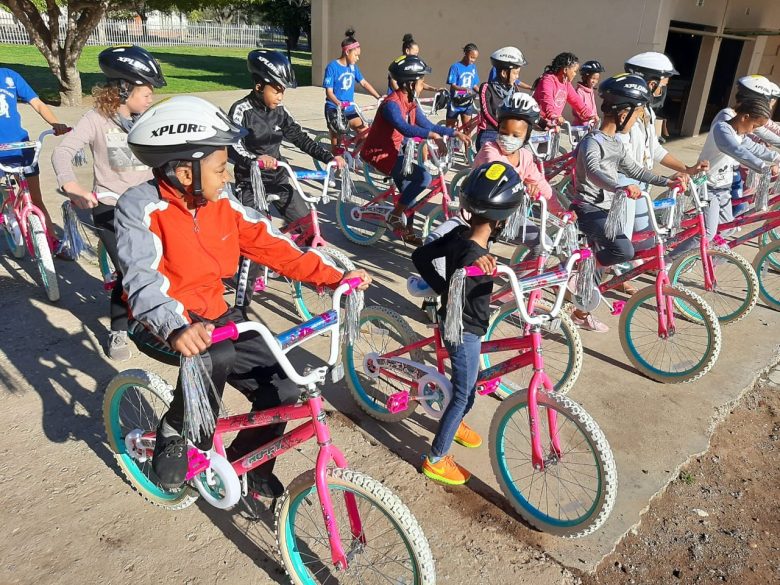 They currently have 122 boys and girls who are accommodated in 7 housing units. Fourteen children between the ages of 6 to 18 are cared for in the units for children that are of school going age. The pre-school section accommodates the babies and little ones from birth until they are about six years old.

It was with great pleasure for us to aid the children with the happiness of a bicycle.  Please watch the safety training video and cycle safely.

« Do you have a TV to donate to BEN?
Skoonspruit Secondary School in Malmesbury receive 10 Bicycles on PSTP »