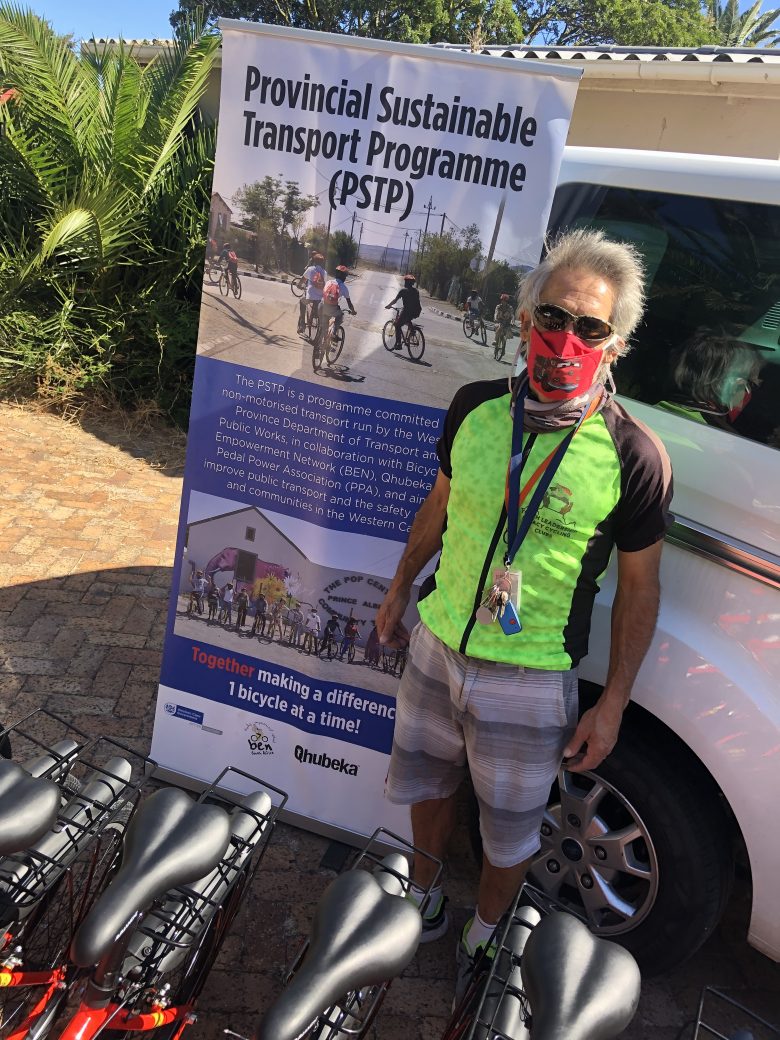 9 February 2021 ~ PSTP bicycle Distribution Programme distributes 10 bicycles to Our Fertile Ground based at Rondebosch Common.  Our Fertile Ground cycling program is a multifaceted program that provides the opportunity for children and young adults to be included in something that everyone admires: athletic competition. Most of them have had no one who supports their efforts and struggles through life but Our Fertile Ground brings them into their program and teaches them despite any and all obstacles. They find themselves on the road with cheering supporters and a crowd that believes in them and their success. They learn from accomplishment in a world where very little has been previously offered. Rather than get involved in violence and crime, they are given the opportunity to have an athletic outlet and the love and support of their team.  They allow them to experience progress and success as they finish the bike races that they have prepared for all year long.  Proud PSTP partnership with Western Cape Government of Transport and Public Works, Qhubeka, Pedal Power and BEN.