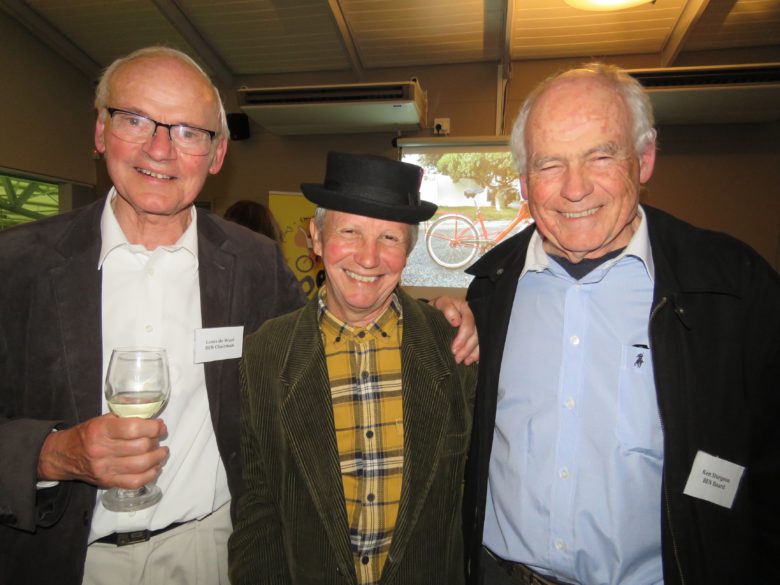 There is a shift happening in cycling circles with the bicycle starting to regain its place as an important mode of transport.  On the 18th August 2016, BEN held a stakeholders networking event at the Western Province Cricket Club in Rondebosch.

Guests were treated to hilarious anecdotes from BEN Patron and entertainer David Kramer about how the bicycle became part of his well-known persona over the years.

The evening was also used as an opportunity to host many of cycling’s friends in Cape Town whilst celebrating BEN’s recent first place win at the Eco-Logic Awards in the Transport Category. This prestigious award is held annually, recognizing and honouring environmental excellence. BEN was chosen for our work in distributing bicycles as a means to transform and empower disadvantaged communities.

Guest speaker Gordon Laing, a well known cycling advocate and transport expert, spoke of some of the strategic initiatives developing in cycling in the Western Cape and globally as well as how cycling champions such as BEN are highlighting the need for a sustainable form of transport, especially in communities struggling with issues such as poverty, crime and unemployment.