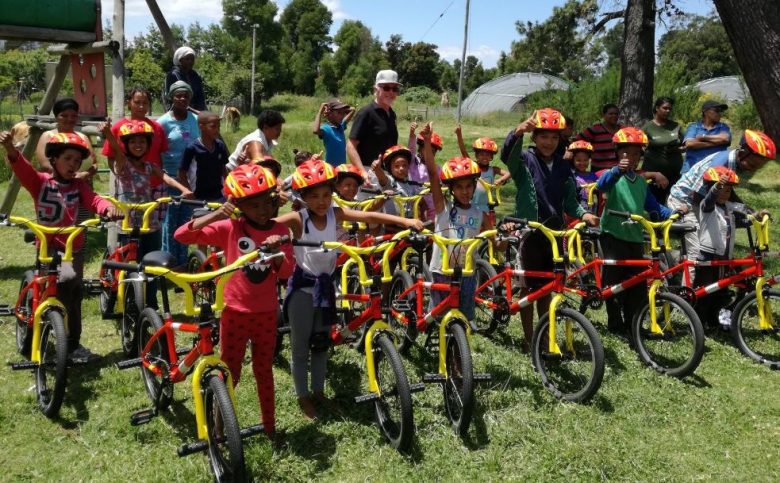 February 8, 2021
It’s always great to hear from the outside, as to how bicycles have played a role to impact the beneficiaries we serve. Pieter Silberbauer, owner of Trail’s End Bike Hotel speaks about the impact that has been created by providing bicycles to youth in Grabouw.
As part of the Grabouw BEAUTIFUL Campaign recycling project, deserving beneficiaries earn new bicycles in exchange for various commitments such as cleaning rivers, recycling waste, and improving their school grades.
Once their bikes are earned, these youths are encouraged to improve their cycling skills. Trails End hold regular training clinics and bike maintenance courses for them in collaboration with BEN, Pedal Power Association and Qhubeka Charity
Many of these youngsters are now taking part in the regular cycling events hosted in the Elgin Grabouw Valley part of the greater local cycling community.

This video forms part of a series of touching community stories commissioned by Cape Cycle Routes – a Wesgro initiative. 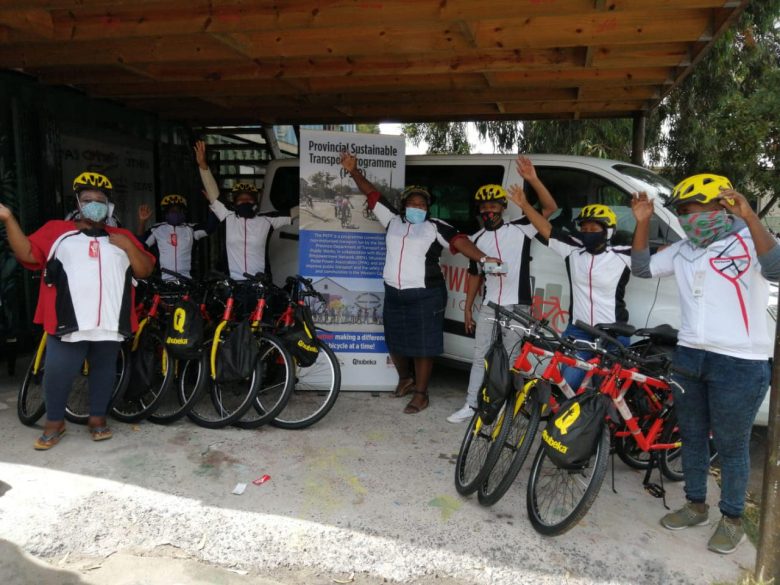 27 January 2021 – Masiphumelele Creative Hub received 10 bicycles on the PSTP Bicycle Distribution Programme. The organisation was established in 2017 to provide a safe, supportive and educational environment in which the community members can use the power of creativity and art to overcome their daily challenges.

Ikamva Lisezandleni Zethu in Masiphumelele received 5 bicycles on the PSTP Bicycle Distribution Programme on Tuesday, 26th January 2021. Ikamva Youth enable disadvantaged youth to pull themselves and each other out of poverty and into tertiary education or employment. The PSTP Bicycle Distribution is a joint partnership with Western Cape Government Department Of Transport And Public Works, Qhubeka Charity and Pedal Power Association 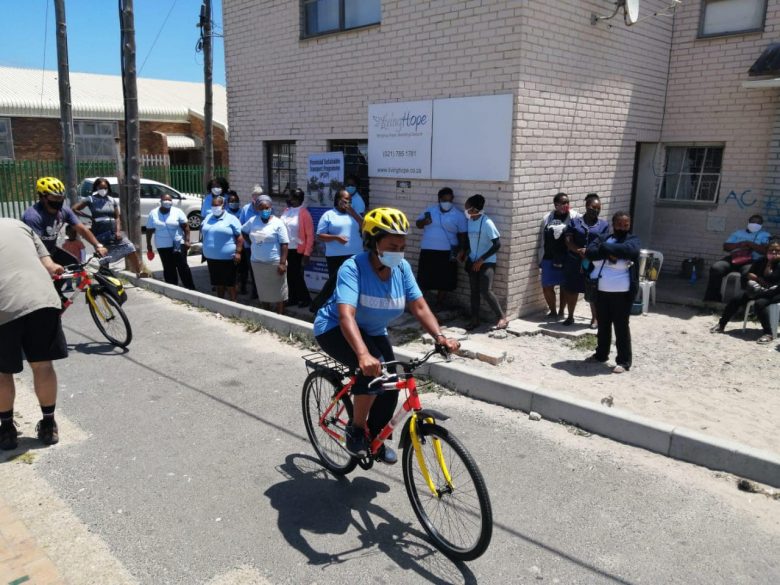 Bicycles for Living Hope in Masiphumelele

Living Hope received 5 bicycles on the PTSP Bicycle Distribution Programme on Tuesday, 26 January 2021. Living Hope is an NPO operating in Masiphumelele, bringing hope and breaking the despair of poverty and disease to the community.  Proud partnership with Western Cape Government Department Of Transport And Public Works, Pedal Power Association and Qhubeka Charity. 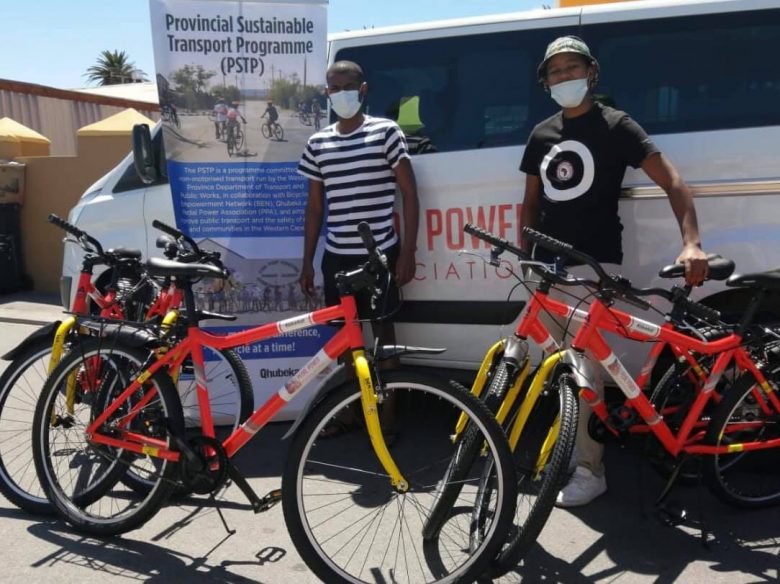 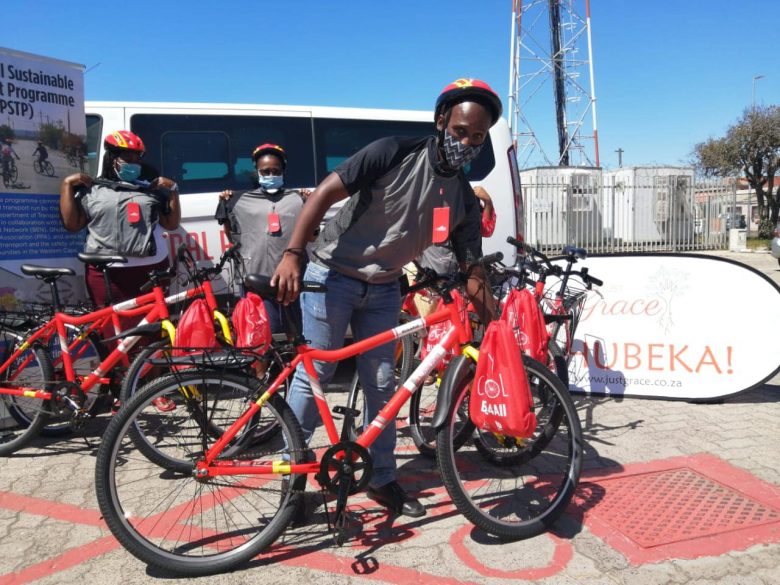 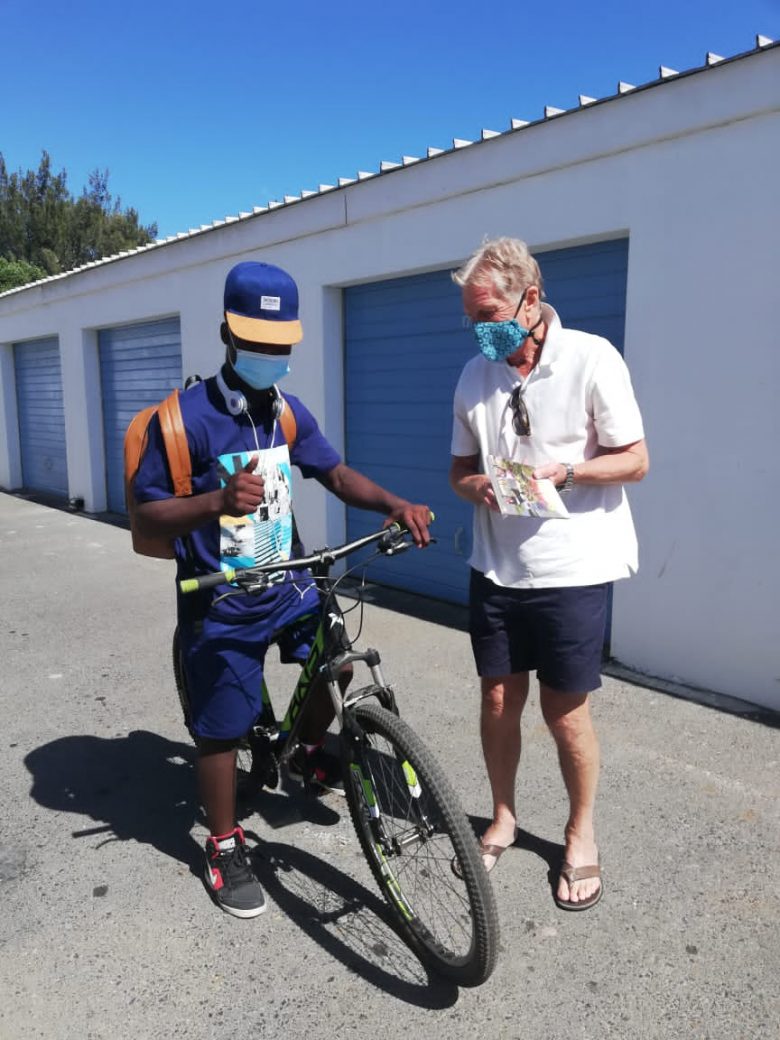 The Heart of BEN

January 2021 – In 2008 a young boy of 3 came to Cape Town from Congo with his Father and due to circumstances he was moved to a SA Children’s Home in Cape Town. He has lived there until now, at the age 16. Although still under the auspices of the home he is going through a trial period of 6 months with his family Father, new Step Mother and Step Sisters, in Diep River. If all goes well he will be placed permanently with his Father.

This move meant that he had to change schools.  He is academically sound and is particularly fond and skilled at rugby. So, due to his attributes and after a lot of effort from lots of people at SAYes, he has attained a sponsorship at an affluent school in the southern suburbs of CT.  One of the shortfalls was transport to and from school.  We at BEN received a kind donation of a bicycle from a gentleman and felt that this was a surely a worthy beneficiary.

We wish you all the best for the future.  Enjoy your bicycle and stay safe! 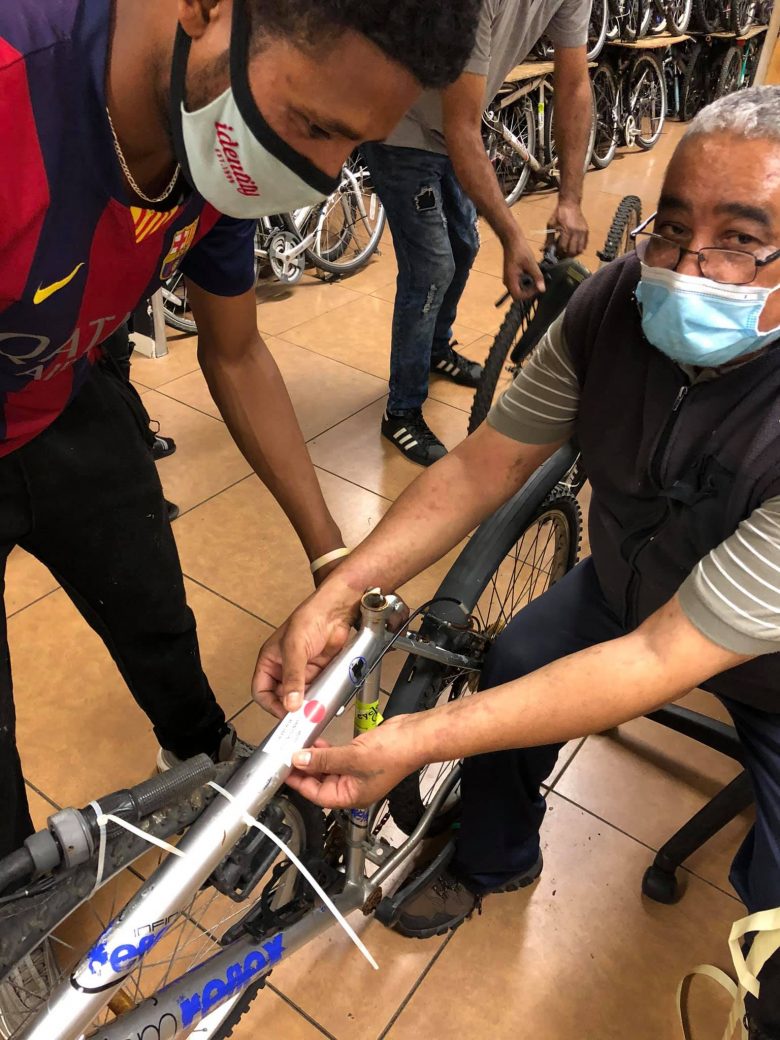 Whoop whoop Re-Cycle UK delivers once again! Thank you for the generous donation of used bicycles. This impacts so many people in Cape Town with the use of non-motorised transport. Your support is amazing and we appreciate every bicycle that comes our way.  Special shout out for the donations from the public in the UK, and all the Re-Cycle Staff for all the hard work organising and sending the bicycles to SA. 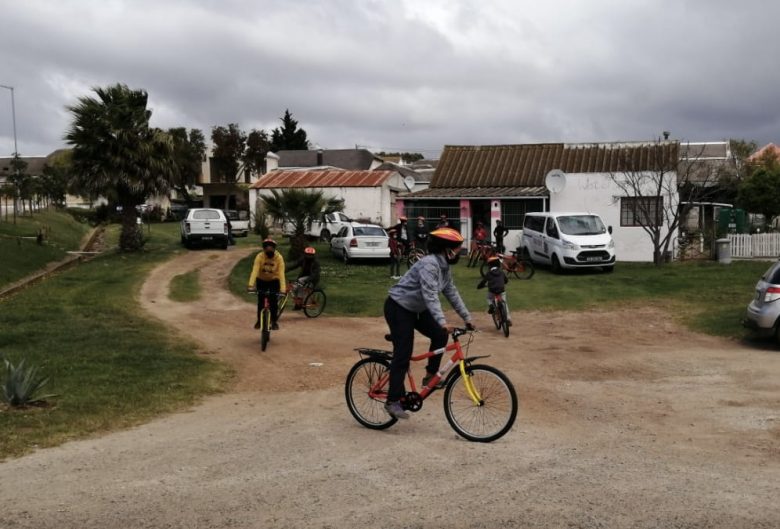 29th October 2020 – Grootbos Foundation in Elim, Overberg District received 10 bicycles on the PSTP. These bicycles will be made available to the Cape Agalhas Municipality and Elim essential workers, enhancing their lives with non-motorised transportation to carry out help and assistance to the community.Western Cape Department of Transport and Public Works Pedal Power Association Qhubeka Charity Cape Agulhas Municipality Grootbos Foundation 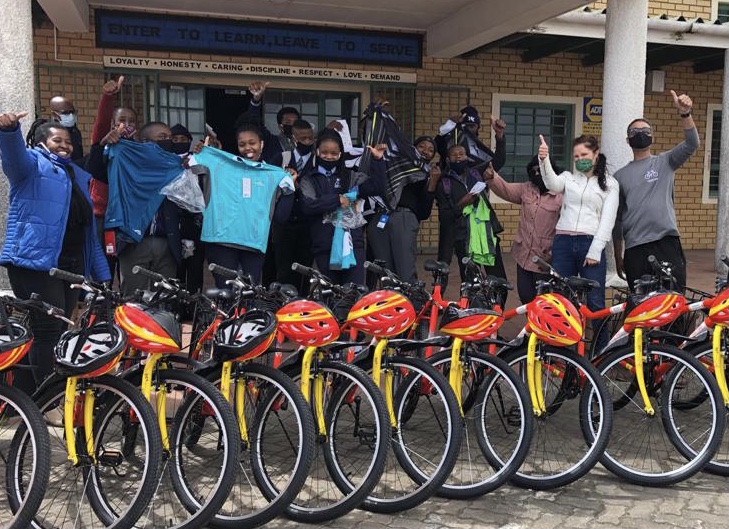 Covid advise – Please wear masks at all times in public.

“I had a bike and used to cycle every day until it was stolen. For months I had no income. Times were very hard. BEN gave me a bike and now I am able to use the bike to go out there and look for work again."

“I am involved with different nature conservation community projects. I normally rely on a taxi or lifts to get me where I need to go. It is expensive and I have to often walk far distances. The bicycle I received from BEN has helped me carry out my work in the community."

I have been trying to better myself, cycling keeps me away from alcohol and gives me motivation to improve my life. I have given up smoking since I started cycling and have even entered myself into my first race

‘It helps that children now arrive easily to school. BEN's training was also responsible for the kids being able to repair and maintain their bikes themselves.'

“My bicycle is very special to me, because it was my reward for doing well at school, something I take very seriously. Looking at my bike reminds me to always work hard to make a success of my life.“

“You cannot lie when you’re on bicycle, it will always tell you the truth.”

“The bicycle has taught me how to live a simple life”